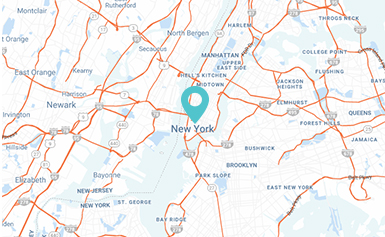 The Seychelles is an archipelago of 115 islands located in the Indian Ocean, off of the coast of East Africa. Its numerous beaches, coral reefs and nature reserves make this destination the perfect holiday getaway. The vividly beautiful coral reefs and lush green landscapes are home to extensive flora and fauna, including rare animals such as the giant Aldabra tortoises. This tropical paradise provides countless pristine beaches and luxurious resorts that are the perfect places to relax and un-wind from the bustling modern city lifestyle. If adventure is what you seek then this island is also suited to your desires; with some of the world’s best coral reefs for snorkelling and scuba diving and the most beautiful forests ready for exploring.

Praslin is the second largest island in the Seychelles and is located west of Mahé Island. With a warm tropical climate, pristine white sand beaches and lush tropical gardens Praslin is every beach-lover’s paradise. It has a small population of only 6,500 people and is therefore far less developed than its neighbour Mahé. This gives it a sleepy, laid back atmosphere perfect for a relaxing getaway.

Praslin is home to some of the most famous beaches in the world. These beaches include the likes of Cote D’Or, Anse Lazio and Anse Geogette, some of which frequently make top ten lists of best beaches and most beautiful destinations worldwide. Asides from the glorious beaches, another major attraction is the World Heritage Site of Vallée de Mai. This national park hosts magnificent palm forests where towering indigenous trees such as the famed coco de mer constantly draw visitors in.

Curieuse is a small island located north-west of Praslin Island. It is a bio-reserve that is managed by the Marine Parks Authority of the Seychelles Centre for Marine Technology. Due to its red coloured soil it was initially named the Red Island, which was eventually changed to La Curieuse by the French in 1768. The island is rich in colonial history and an old doctor’s residence, dating from the 1870s, is now a museum and educational centre. The island is also rich in flora and fauna with more than 500 tortoises walking around the island and eight different species of mangrove trees. It is also one of the only two places in the world where the ornamental tree, Coco de Mer, grows naturally. This is a plant that holds three world records; for the heaviest seed, the largest flower on any palm tree and the largest fruit.

Although it is a protected island and therefore has not been developed for tourism, it is still a major tourist destination for day trips. The most common way to visit is in the form of planned tours from Praslin Island. These trips often include stops at other islands such as Cousin and Couisine Islands where food and drinks can be provided. Those preferring to travel privately will be expected to pay an entrance fee and, if sailing, will only be able to anchor in designated places in order to protect the coral reefs.

This is the northernmost granitic island of the Seychelles archipelago and covers an area of roughly 68 hectares. It is the finest seabird island in the western Indian Ocean and has more breeding species than any other island in the Seychelles. With more than one million seabirds annually breeding on Aride, it is no wonder it is known as the Seabird Citadel of the Indian Ocean. Its shores are also home to a variety of marine life and its lands a variety of reptiles, threatened plants and endangered sea turtles.

Since 2004 the island has been run as a nature reserve by the Island Conservation Society, with the only humans currently inhabiting the island being the staff. Due to it being run as an eco-tourism site it has maintained its beautifully wild and natural state. The only vessels allowed to land on the island are vessels of the reserve and there is no overnight accommodation available. However, appointments can be made to visit the island on Sunday through Thursday. These visits may include a guided walk, a boat trip around the island, a snorkel over the surrounding reefs and a barbeque lunch on the beach. All proceeds are then contributed towards the conservation of this natural jem. Aride Island is considered one of the most important nature reserves on the globe with nature that has not be disturbed by human beings for half a century.

This marine park consists of 8 islands and is situated 5 km from Victoria, the capital city of Seychelles. The park is comprised of Ste Anne, Ile Moyenne, Ile Ronde, Ile Longue, Ile Cachee and Ile aux Cerfs. It was created in 1973 for the preservation of wildlife and forbids fishing and water-skiing. Today, the park is considered as one of the Indian Ocean’s top tourist destinations for underwater activities such as snorkelling and scuba-diving. The park’s best snorkelling spot, the Saint Anne Channel, is home to as many as 150 species of marine life. Numerous memorable activities can be enjoyed, ranging from glass bottom boat excursions to swimming with hawksbill turtles or simply watching the bottle nose dolphins. There a number of scenic beaches, gourmet restaurants and luxurious hotels dotted around the islands that are geared towards sustainable tourism.

Cousin Island is a small granitic island of 27 hectares that is located to the west of Praslin Island. It is a nature reserve protected under Seychelles law as a Special Reserve and is managed by Nature Seychelles. It has also been identified as an Important Bird Area and is the most important breeding site for Hawksbill turtles in the Western Indian Ocean. Cousin is an eco-tourism site and has received international awards for its conservation efforts by Conde Nast Traveller and British Airways. Although there is no overnight accommodation on the island, it is open to visitors on Mondays to Fridays. Trips to the island can be arranged where by visitors will be transferred via the Cousin boat; a measure that is implemented in order to prevent the accidental introduction of pests.